Unit tests are deterministic tests that exercise a discrete unit of the application, such as a function, method, or UI component, in isolation to determine whether it behaves as expected.

When testing the specs of functions, prefer testing public API (methods, interfaces, functions) to private API: the spec of private functions and methods are meant to change easily in the future, and unit-testing them would amount to writing a Change Detector Test, which is an anti-pattern. 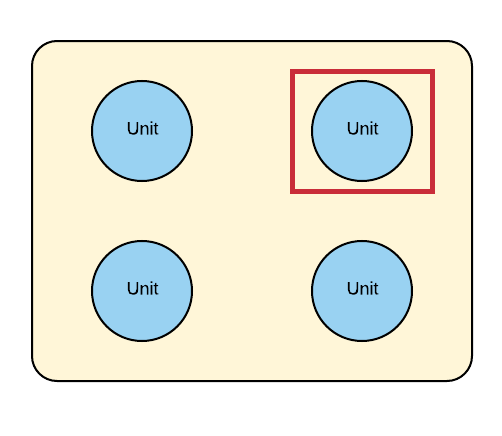 The purpose of unit tests are to: