Test doubles are one of the main concepts we use to create fast, independent, deterministic and reliable tests. Similar to the way Hollywood uses a _stunt double* to film dangerous scenes in a movie to avoid the costly risk a high paid actor gets hurt, we use a test double in early test stages to avoid the speed and dollar cost of using the piece of software the test double is standing in for. We also use test doubles to force certain conditions or states of the application we want to test. Test doubles can be used in any stage of testing but in general, they are heavily used during the initial testing stages in our CD pipeline and used much less in the later stages. There are many different kinds of test doubles such as stubs, mocks, spies, etc. 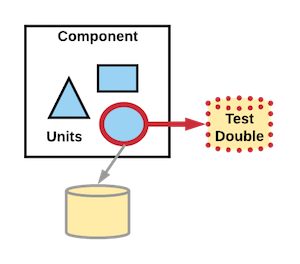 Recommendations are derived from the Testing Strategy ADR.

For FE mocking, the recommendation is kept more open to allow for other frameworks as necessary, such as msw or mirage

For iOS, Apple test frameworks support a rich feature set, documentation and community. As a team we prefer using 1P tooling and adding Homegrown solution on top of it. The reason we do this is because Apple has been notorious in changing API’s at rapid iterations. This also results us to constantly update 3P solutions which have a risk of getting discontinued and maintaining them is a challenge. Hence iOS team prefers to use more maintainable solution which would be 1P with additional Homegrown Utilities as required.