End to end tests are typically non-deterministic tests that validate the software system along with its integration with external interfaces. The purpose of end-to-end Test is to exercise a complete production-like scenario. Along with the software system, it also validates batch/data processing from other upstream/downstream systems. Hence, the name “End-to-End”. End to End Testing is usually executed after functional testing. It uses actual production like data and test environment to simulate real-time settings

End to end tests have the advantage of exercising the system in ways that functional tests cannot. However, they also have the disadvantage of being slower to provide feedback, require more state management, constant maintenance, and can fail for reasons unrelated to code defects. As such, it is recommended that they be the smallest number of tests executed. 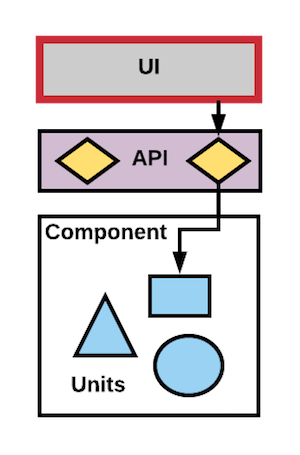 Vertical tests are end to end tests which target features under the control of a single team. Examples of these may be “when I click the heart icon on an item, it’s favorited and that persists across a refresh” or “a user can create a new saved list and add items to it”.

A horizontal test, by contrast, spans multiple teams. An example of this may be going from the homepage through checkout. That involves coordination across the homepage, item page, cart, and checkout teams.

Because of the inherent complexity of horizontal tests (multi-team), they are unsuitable for blocking release pipelines.

Integration test and end to end are often used internchangeably.